The first half of 2018 ended with three records on the modern warehouse space market in Poland. Recorded were the highest number of lease transactions, the lowest vacancy rate in history and the highest amount of warehouse space under construction. Actually, the market is just gaining momentum.

The warehouse market is experiencing a real boom as new records are being set. In the first half of 2018 there were three. Developers completed 734,000 m2 of space, and the total warehouse stock exceeded 14.3 million m2. This marks a 21% increase y/y – according to the “Marketbeat. Poland’s warehouse market” report by Cushman & Wakefield Polska.

Market data continues to be optimistic. The third quarter of 2018 showed that there is no stopping of the warehouse market in Poland. According to JLL, at the end of the third quarter the warehouse stock in Poland exceeded 14.9 million m2. 676,000 m2 of space were completed in Q3 2018. This is more than the total volume of new space delivered in the entire 2016. Another 2.068 million m2 are currently under construction. Warehouse stock in Poland, currently amounting to almost 15 million m2, is already approaching the volume recorded in Spain (at 15.5 million m2). The neighbouring Czech Republic and Slovakia are trailing far behind us, with approx. 7.6 million and 2.4 million m2 of warehouse space, respectively.

CBRE consulting company’s data shows that in the initial three quarters of 2018, the demand for warehouse space increased by 13% compared to the same period last year and reached 3.1 million m2. The highest demand was recorded in central Poland, the Warsaw area and Upper Silesia. Businesses from the e-commerce and logistics sectors constitute the majority of the tenants. It is also in these sectors that the biggest transactions were concluded in Q3 2018.
“Economic growth in our country – increasing demand, rising purchases, and development of e-commerce – have a direct impact on the warehouse market. The number of foreign investments is also significant. We are currently at the peak of this boom. We do not expect any major changes on the market in 2019. Market expansion will continue, and 2018 was record-breaking in terms of activity of the developers and investors, as well as demand from tenants”, says Beata Hryniewska, Head of Industrial & Logistic Department at CBRE.
Experts agree that the growing demand for warehouse space will largely result from the dynamic growth of sales in the e-commerce industry.

Warehouses for the e-commerce – sector closer to the city centres

The dynamic development of the e-commerce market makes the so-called urban logistics more and more important. Developers see potential in smaller storage facilities located near major cities. This type of space allows to quickly execute orders, which is particularly important for the growing e-commerce sector. Such facilities are being constructed in Warsaw, Wroclaw, Szczecin and Gdansk.

For example, 7R SA, has been building a countrywide network consisting of several Small Business Unit (SBU) warehouses as part of its City Flex Last Mile Logistics initiative. The structures offering between 8,000 and 15,000 m2 will be constructed in various locations, including: Szczecin, Gdansk, Lodz, Warsaw, Krakow, Gliwice and Katowice. Other developers operating on the market have similar plans.

Another trend that all new warehouses are gravitating towards is automation. Businesses started investing in it for the same reasons why more and more automatic production lines started being installed in production plants.

On one hand, the costs of labour are rising and it is increasingly difficult to acquire new employees. On the other, advanced technological solutions are getting cheaper.

Amica, a manufacturer of home appliances, has one of the most automated warehouses in Poland. The warehouse is the height of a building of over ten storeys, and offers 26,000 pallet places that can be used to store 230,000 large home appliances. The fully automated control system is operated by only one person. Goods are transported by five 44-metre movable arms. There are no traditional forklifts in the facility, and the light is off, as robots do not need lighting.

Modern automation solutions are also used in warehouses constructed by 7R SA, among all in 7R Park Gdansk. One of the facilities located there is equipped with an automatic internal transport line as well as a handling system. All modern 7R warehouses are equipped with a range of solutions that streamline warehouse operations and allow to coordinate work better, reducing operating costs at the same time.
Ciech, one of the largest chemical companies in Poland, also launched an automated warehouse. 6-storey high shelves, operated by an automatic satellite racking system, can fit up to 13,000 pallets. Each of them has a unique number, allowing to quickly locate it and control traffic. TIR semi-trailers can be loaded in under half an hour. Thanks to this, the warehouse can handle over 100 loaded trucks per day.

The market is gaining momentum

According to reports, demand for warehouse space, especially high-bay warehouse, is constantly growing, and the economic situation confirms this trend is here to stay. Investments on the real estate market in the initial three quarters of 2018 amounted to EUR 1.1 billion, almost the same as in 2017. 2018 saw the most transactions involving warehouse space in history

“Excellent results on the demand side and optimistic forecasts remain the main drivers on the Polish warehouse market. The growing demand for warehouse space and specialized logistics services is primarily due to the good condition of the economy, growth of consumption, and dynamic development of the e-commerce industry”, says Joanna Sinkiewicz, partner and Head of Industrial & Logistics Agency at Cushman & Wakefield.
The expert explains that Poland is becoming the most important logistics centre in Central Europe in view of its strategic central location that enables efficient international distribution.

“Despite the challenges, that include rising costs of projects’ execution and restrictions on the labour market, especially in the main warehouse locations, stable situation on the supply side and high interest of the investors in the Polish market offer an optimistic outlook for the next few months”, adds Joanna Sinkiewicz.

According to the latest report by the international consultancy firm Savills, industrial and warehouse real estate in Poland is becoming more and more attractive to foreign investors. This is evidenced by the increase in the total volume of transactions in this sector by an average of 20% in the past three years. In accordance with the ‘Think outside the Big Box: Investment market in the warehouse and industrial real estate sector in Poland’ report, in 2017 investors invested a record EUR 41 billion in the logistics real estate sector. In Poland, the previous year was the third consecutive year of a steady growth of sales revenue for the industrial and warehouse real estate sector. In late June 2018, the volume of transactions totalled EUR 337.8 million. The H1 result was the best ever for this sector in Poland.
“The logistics real estate market is developing dynamically, mainly due to double-digit expansion of the e-commerce sector and the necessity to offer the shortest delivery time. This stimulates demand for modern space and contributes greatly to the growing popularity of warehouse and industrial properties on the investment market”, says Tomasz Buras, Managing Director and Head of Investment at Savills.

Investors are interested in warehouse and industrial properties in Poland possibly also due to the fact that Poland is the first country in almost a decade that has advanced to become a developed market in the FTSE Russell index. This means that since September 2018, Poland is one of the 25 best-developed economies in the world, including among others: the United States, United Kingdom, Germany, France, Japan, and Australia. Poland effectively takes over a large part of production from Western Europe. In the first half of 2018, exports amounted to EUR 107.2 million in value (up by 5% year-on-year).

Experts agree that the market for large warehouses in Poland is at its peak and has never performed better. The good condition of the economy and high demand are the driving force behind new investments in this sector and there is nothing that would suggest this tre nd may change in the near future. New records set on the modern warehouse space market are the most reliable confirmation of the stable and dynamic development of this sector in Poland. 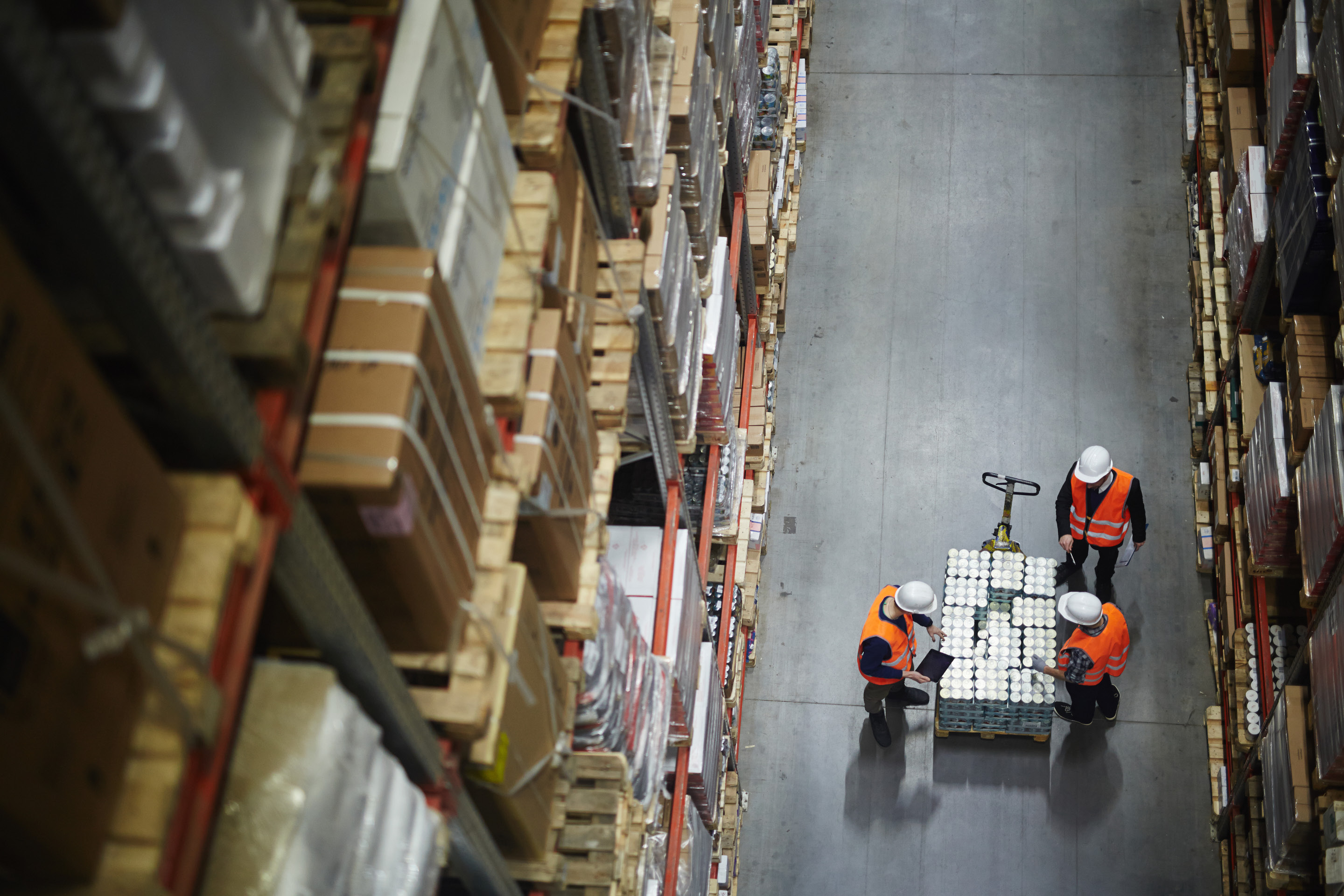 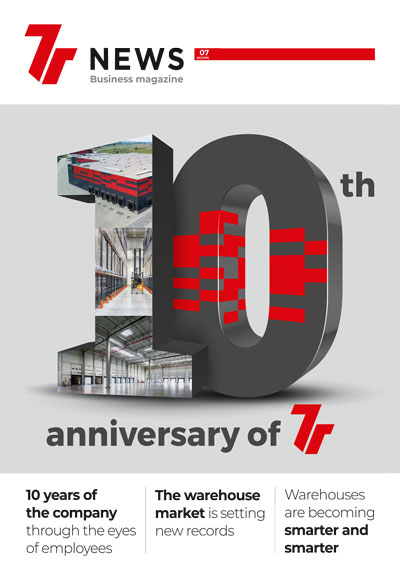